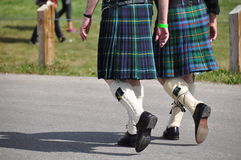 I live in a small town, in the sort of neighborhood with sidewalks and dog walkers and kids on bikes.  In other words: not much happens. Then, a couple of weeks ago, I looked out the window and saw men in kilts AND firemen on my lawn.

Could any woman ask for more?

Here’s what happened: I was working on my new novel in one of the upstairs bedrooms, at a desk in front of a window that overlooks our driveway. On the other side of that driveway is our neighbor’s driveway, with perhaps just enough room between them to park a car. On this particular day, a van pulled into the driveway with “Men in Kilts” emblazoned on the side of it. And, yes, men in kilts began climbing out of the van. At first I thought this was some new musical gig of my neighbor’s, since he’s got a band that practices on Tuesday nights in his carriage house.

It turns out that “Men in Kilts” is a national window washing service. (Their slogan is “No Peeking.”) I watched in amazement as the men began unloading ladders and then, kilts and all, started ascending them to wash the upstairs windows.

After a while, I settled back into my work and mostly forgot about the kilted men, until suddenly a siren blared beneath the window. I peered outside and realized a firetruck had pulled into my driveway. A second fire engine pulled into my neighbors.

“What the heck?” I muttered to my cat, who was eagerly watching everything from the same window. (Though I suppose to him, the firemen just look like big cardinals.) I leaned over the desk to get a better look, and realized my lawn was now populated not only by men in kilts, but by firemen, and that smoke was billowing up behind the carriage house.

I ran downstairs and found my neighbor, in a suit jacket and with a coffee mug in one hand, assuring the firemen that he had just been burning leaves and everything was under control. The firemen apparently didn’t believe him, because they began uncoiling their hoses and running them into his backyard, with the men in kilts now assisting them.

And there I stood, a writer standing in the middle of a scene I couldn’t possibly have written, realizing once again that life really is stranger than fiction. It’s the novelist’s job to keep up with the wonders of an ordinary day.