how to make a living as a writer 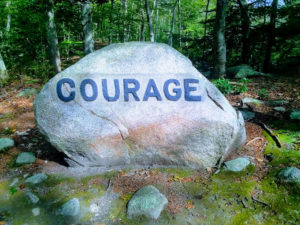 What do you do? You have no choice but to begin again. I know the drill well: It took me over twenty years to break into traditional publishing. Fortunately for all of us, there are strategies we can use to keep going. And that’s what you have to do, no matter how lousy you feel, because the surest way to fail as a writer is to quit.

As a woman who cries easily—even a TV commercial can set me off, never mind an outright rejection of something I’ve put heart and soul into for, oh, two or three years—I thought it might be interesting to see what a guy has to say about taking it on the chin. Here are seven great tips on how to handle rejection from my colleague and online pal Shane Weisfeld, a Toronto-based screenwriter. At the age of 43, he has spent almost 20 years facing the ins and outs of the industry. The 2014 movie “Freezer,” starring Dylan McDermott and Peter Facinelli, was his first produced feature film credit–after 15 years of actively pursuing the business. 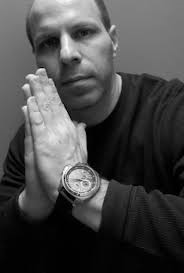 You can follow Shane on Twitter @ShaneWeisfeld. Meanwhile, take heart from his advice, all of you creatives out there, and keep going! The world never needed artists more than it does now.

You can take rejection crying like a baby or face it like an adult. It’s a true test of your will, determination and mental strength. Instead of the old “why me?” response when you face it, you should be saying “I’m glad I was chosen for this test.”

Writers face rejection. That’s it. You can’t get away from it. As long as you want to be in the arts, you will experience it – whether you’re a writer, journalist, musician, artist, painter, photographer or dancer. It’s like Hyman Roth says in Godfather Part II: “This is the business we’ve chosen!” In our case, the business of rejection.

The more you study and learn the ins and outs of this rejection test, the easier it will be for you to take, and pass, that exam of personal resilience, persistence and tenacity.

2. Start Taking It as Early as Possible

If you’re lucky enough to know what you want early in life, you’ll start going for it right away. However, that means the rejection will start as well. The better you’ll be later on if you start receiving rejection from a young age, because that’s what builds a thick skin and backbone – and it will help you with other things in life as well.

Take professional athletes as an example. Athletics and sports is one of those careers where you have to start practicing from a very early age. By the time these athletes reach their teens, they’re already seasoned in being cut, hearing “no”, and people telling them they need to practice more and that they’re just not ready yet.

With any hardships in life, the earlier you start enduring it, the (mentally) stronger you will become.

3. It’s a Lightbulb above Your Head

When you receive rejection, and a lot of it, use it as a realization. Being self-critical is extremely hard, but it will help you as a writer. If you receive several rejections within a short timespan, use it to reflect and take a step back. Retreat to the drawing board and REWRITE.

Sometimes, and in some cases many times, the people rejecting you do know what they’re talking about – especially if you’re able to get your material in the right hands. If some of these people (whether it’s agents, managers, publishers, editors, producers, executives, writing competitions) have taken the time to give you constructive criticism, feedback and notes – take that and run with it – and come back only once you’ve improved your work.

If rejection makes you go back and rewrite your material to make it better, you should be personally thanking rejection.

4. It Separates You from the Rest

If you can take rejection, you’re already ahead of the game! Most people actually can’t take rejection. The 1% of us in the fine arts have chosen to be guinea pigs. You can be like 99% of people who choose a profession just so they don’t have to face rejection, or you can go with your gut instinct and what you were meant to do, and be that original, unique, 1% that not only takes it, but rises above it.

People are impressed with those who face rejection on a regular basis. It makes you stand out. It means you have been through the fire and back, and that you have stories to tell. It also means you’re not afraid to share your ideas and execution of those ideas. It comes with a cost though, which is explored in tip #6.

5. It Helps with Connections

As a screenwriter, one of the most frequent questions or comments I get is: “It’s all about who you know, right?”

Well, obviously! That’s not the only thing, but it certainly helps. The question is: how do you get to know people? Or rather: how do people get to know who you are? Not just making connections, but building relationships as well. You need to throw yourself out there and get people to read and analyze your material. This is all under the umbrella of perseverance. For all writers. If you’re going to be spending years at this craft and facing rejection, you might as well take that time making connections as well and build up your network.

Rejection isn’t always a completely closed door. Sometimes that door is left open just a bit and it’s up to you to nudge that door open a little more. I’ve made some of my best connections with people who initially rejected my material. There’s always a chance for you to come back better and stronger, and what better way to make connections then with people who can become fans of your writing?

6. Nobody Cares that You’ve Been Rejected

You can have a sob story of how long you’ve been in the trenches, but it really doesn’t matter – your writing in the moment is what counts. Work hard, have more than one writing sample, be open to collaboration – but sympathy is not something writers can use to get them in the door. It’s actually naive and unprofessional to be using rejection to garner the sympathy vote.

Perseverance is the key ingredient to reaching your goals, but you have to let the writing speak for itself. It may take you years for things to start happening, but the industry people you’re trying to impress only care about the WRITING and quality of the material (and not being a nutjob, of course. “Good in a room” counts!)

What happens outside of the writing is your own internal story, which you can certainly share with others, especially if that’s what has allowed you to reach certain goals… but don’t think people will say “yes” to you just because of that.

7. Turn Your Dream Into A Burning Desire

If this is you, then rejection will be much easier to take, because nothing should stop you from reaching your long-term goals, which could come in baby steps. You have to be so intent on making it that no amount of rejection will break you or question your ability, talent or confidence.

It’s one thing to have a dream, but a whole different ballgame if you’re realistic about it, in the form of a question that goes something like this: “Do I want and need this bad enough that I’m willing to not only spend years at it, but in those years, to face a mounting plethora of back-breaking and bone-shattering rejections that comes along with it?”

I asked myself that a long time ago, and there has been no turning back ever since. I’ve been able to take rejection all these years because the writing fire burns inside of me so intensely, and because my willingness to persevere is way stronger than the idea of people saying “no” or the fear that it won’t happen for me.