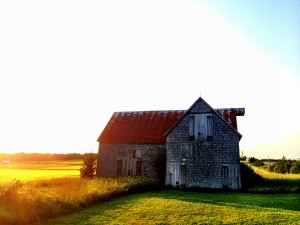 Like most writers, I spend hours alone and doodling on my laptop, even on Saturday nights. Until recently, I had zero interest in fist-bumping people on social media, preferring to spend my time on fiction rather than fall down virtual rabbit holes.

Publishers, however, have a different idea. These days, they expect authors to master social media to build publicity platforms and engage with readers. As one editor friend put it, “If you’re not maintaining an online presence, you might as well not exist, since that’s where books are marketed these days.”

And so I was dragged into social media, kicking my scuffed slippers.

I began by creating a web site. That seemed like the most useful thing to have, since so many people shop online. Having a web site meant I needed to blog, which I’d been loathe to do, because I have trouble finding enough time to match my shoes, never mind write fiction around my day job.

Oddly, though, once I started, I loved blogging. Instead of scribbling my meandering thoughts into paper journals—which I still do—I suddenly had a place to communicate my thoughts in a more cohesive, disciplined way.

The blog didn’t need an editor’s approval, so I was free to write whatever I liked. As an added bonus, people began commenting on my writing in real time—scary at first, but fascinating—and my posts got picked up by other web sites. Soon, I was blogging regularly for sites with bigger followings, like Huffington Post, Venture Galleries and Cognoscenti.

Once I’d established the web site and my blog, I realized people would be more likely to find me if I sent out a signal flare to let them know when I had a new piece up. That led me to create an author Facebook page and to tiptoe into Twitter.

Twitter terrified me, until I realized that 1) It’s a great way to follow the news and 2) I could follow all kinds of authors I admired. And that’s when things really got interesting: through Twitter, I started meeting people online, and those encounters often led me to meet them in person. Through social media, I have built a community of readers and writers in a way I never could have done if I’d remained in my barn office, offline and alone except for my dog and the occasional curious chipmunk.

Readers commented on my blog or connected with me through Facebook, and many of them ended up finding out about my events that way. The first writer I met through social media was mystery author Toby Neal—who self-publishes the fast-paced Lei Crime Series set in Hawaii—and she and I progressed rapidly from Twitter to emails (we always had more than 140 characters to say). Finally, we began meeting for writing retreats. She took this great photo of my barn on Prince Edward Island, and is now one of my best friends. I also met novelist Amy Sue Nathan online through her terrific web site, Women’s Fiction Writers; now, if I’m passing through Chicago to see family in Wisconsin, I always visit Amy in her hometown.

More recently, an editor asked if I’d blurb a novel by one of her writers, Rachael Herron. I loved the novel, Splinters of Light, and this led to several serendipitous things: 1) an online friendship with Rachael, who I will meet the next time I’m in San Francisco; 2) an introduction to Rachael’s agent, Susanna Einstein, who became my agent; and 3) a guest post on Rachael’s terrific blog, Yarn-A-Go-Go, about my new novel, Haven Lake.

Oh, and one more thing: in my guest post for Rachael, I mentioned that one of the scenes in Haven Lake was inspired by an anecdote in Catherine Friend‘s comic memoir, Sheepish, and added that my big dream would be to have a glass of wine on my porch with Rachael and Catherine some day. That got an instant response: Catherine Friend posted a comment on the blog, saying that she was teaching my memoir, The Gerbil Farmer’s Daughter, in one of her writing classes in Minnesota, and would love to have that glass of wine!

A couple of weeks ago, I was on a panel at the Newburyport Literary Festival; as I walked into an inn where a writer friend from out-of-town was staying, a blond woman ran toward me and gave me a hug. “I was hoping I’d run into you!” she said.

It took me only a few seconds to recognize Ellen Meister, whose most recent book is Dorothy Parker Drank Here. She and I had met on Facebook after a mutual friend said that Ellen’s son was going to a colleges my son was considering. That led to an online friendship, a phone call, and, after our wonderful first real time meeting, an invitation to join Ellen’s fabulous online tribe of writers, The Girlfriends Book Club.

I have more examples of these encounters than I could ever list here. The main takeaway for writers is that social media might be something your publisher wants you to do to market books, but that’s not the reason to do it. Instead, focus on the “social” part. You never know who you will meet online, or where that encounter will lead in real life.