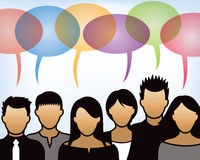 I’ve been writing fiction for many years now. Each book poses new stumbling blocks. Inevitably, though, the question that always plagues me at the start is this one: Whose story is it, anyway?

This question became imperative last month. I was supposed to be finishing my new novel, Folly Cove, for a December 1 publisher’s deadline, but the book refused to behave. I couldn’t figure out why. The three main characters are sisters who have grown up in an historic Massachusetts inn. They have delicious secrets and wrenching conflicts—yet so do their parents, their aunt, and their boyfriends. So who should tell the story? And how many points of view could I use without the book becoming unfocused or unwieldy?

My first choice: a single, first person point of view. So easy! This is typically the choice of thriller writers, because it puts the reader smack in whatever terrifying situation the main character is facing, as in, “I huddled in the shadows, knowing my attacker was close by, determined to finish the job he’d started.” Etc.

Another choice I considered was that sweeping third person, omniscient point of view. This point of view is often used in fantasy novels, or in family sagas where even the village seems to have a voice: “From the hill above the sea, the people watched the three girls, sisters whose beauty had caused men all over town to waste their money on promises and flowers, when it was clear that the sisters were as wild as the storms that battered the beach in winter.”

Oops. Sorry. That’s prose that blushes a little too purple. But you get the idea.

For Folly Cove, I tried using the oldest sister, then the youngest, then all three points of view, alternating them by chapter, and then within each chapter. Yet something still felt off.

Finally, I realized that the mother of the three girls–Sarah, who has been running the inn since her husband mysteriously disappeared—has secrets of her own that her daughters would uncover during the novel. The problem was that, by withholding Sarah’s point of view, she seemed unbelievably cold, almost a stereotypical Mean Mom. I wanted her to be more complex than that. What to do? Did I really want to weave in a fourth point of view so close to the deadline?

Fortunately, I had scheduled a writing retreat during National Novel Writing Month with my good friend, ace detective novelist and speed writer Toby Neal. She’s from Hawaii and I live in Massachusetts, so we met in California to spend a week squirreled away on our new manuscripts. While in transit, I ended up reading several books that, taken together, served as a crash course on “Point of View 101” and solved my problem.

First up was Karma Brown’s Come Away with Me, the story of a young widow who travels the world to come to terms with her grief. Told in the first person, this novel forced me to stay in the narrator’s muddled head and sorrowful heart—even though part of me knew this woman was grief-stricken enough to be unreliable. Because we’re trapped inside the narrator’s mind, the surprise twist at the end hits even harder.

Next, I read Me Before You by JoJo Moyes. This is the heartfelt tale of a young woman living in a working class village in England; she is her family’s breadwinner, and takes a job caring for a wealthy young man after a tragic accident has left him a quadripleic. Yeah, I know, doesn’t sound like a fun read—but Moyes does such a fine job weaving humor and pathos into a story told from multiple points of view that the book is an uplifting one, with some profound ethical questions besides.

What struck me about this book was the author’s decision to use the young woman’s point of view (obvious, since she’s the most relatable character), but every now and then, Moyes broke all the rules of fiction by tossing in the point of view of another character impacted by the situation: the young man’s parents, the woman’s father, her sister, the young man’s male caretaker, etc.

You’d think this would make the novel feel unbalanced. In fact, it’s perfect, because it gives this book a more sweeping, inclusive feel. With these varied points of view, we can see how the dilemma posed in the novel (whether the young man has the ethical right to choose to end his own life) impacts us as individuals and as a society, too. Yet the novel still feels intensely personal and emotional, because the young girl at the heart of the story still has the most air time on the page.

The third novel I consumed during this trip was Everything I Never Told You by Celeste Ng. Ostensibly billed as a literary thriller, this novel is also told in the third person point of view, but very differently from Me Before You. This book tells the story of a young girl who goes missing in 1977. Instead of focusing simply on the mystery, Ng chooses to write about the mysteries surrounding each member of the girl’s family and why they kept the secrets they did. It’s also the larger story of cultural and gender clashes. The girl’s father is a college professor, but “Oriental” and therefore regarded with suspicion in this small Midwestern town. The mother, meanwhile, is frustrated because she had to give up her dreams of being a doctor when she married and had children. Ng weaves each character’s point of view—the parents, the siblings of the girl—seamlessly on each page, so that the family’s voice emerges as a whole, rather than as four individual voices, giving the novel more emotional depth.

Finally, on the last leg home, I read Liane Moriarty’s novel, What Alice Forgot. I love Moriarty because she is so sharply observant of domestic scenes, particularly scenes that involve a hierarchy of women or parents trying to manage children, and because her humor is sharp and cutting, while still forgiving of the flawed characters. She also does a great job of weaving mysteries into her supposedly domestic novels.

In this book, a woman who has lost her memory must figure out why she ever wanted to live the life she’s apparently trapped in now, as a single mom, when what she remembers is being happily married and expecting her first baby. Although the novel is mostly told from Alice’s point of view in the third person, Moriarty cleverly weaves in the story of her sister through journal entries directed toward the sister’s therapist, and the story of a loving neighbor through letters that neighbor writes to her long-gone lover. So, we get three points of view, and all of them added together give not only a fully-rounded portrait of Alice’s life, but also offer us some profound insights on love, loss and forgiveness.

Taking this crash course on Point of View ultimately led me to include Sarah’s point of view in Folly Cove, because I realized she really did deserve a voice, if the novel was going to feel complete. At the same time, it also made me realize that whatever number of scenes she had didn’t need to equal the number of scenes I’d given the three other characters.

I want to thank my fellow writers for being so instructive. And, for all of you readers out there, the next time you pick up a novel, consider this: Why did the author choose this point of view? What would have happened if the book had been told from a different perspective? Or even multiple vantage points? The answers may surprise you.