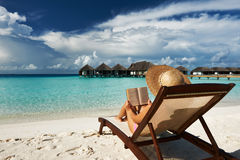 As always, I use summer as an excuse to plow through the books collecting on my nightstand (as well as under it). To qualify as a “great summer read,” I want a book that offers sympathetic characters, depth of emotion, and a forward narrative momentum that keeps me sitting on the porch long after the fireflies have gone to bed.

Here are the beach reads I’ve tried so far that I thought would meet that criteria. Some did, some didn’t.

COVER OF SNOW by Jenny Milchman
This hair-raising book centers on Nora Hamilton, the wife of a cop whose world is turned upside down when her husband commits suicide. It soon becomes apparent that all is not as it seems, and this book, with its fantastic descriptions of small-town life in the Adirondacks and tense emotions, grabs you by the throat and doesn’t let go. Milchman’s muscular prose delivers psychological terror, creepy side characters, and amazingly beautiful (if grim) descriptions of the landscape.

THE VACATONERS by Emma Straub
For something a little lighter, reach for this this astonishingly clever, often side-splittingly funny romp. You think your family is dysfunctional? Check out the Posts, who take a vacation with their children and friends to the island of Mallorca, Spain. There is lust and fighting aplenty, yet somehow Straub manages to make every one of her characters likeable—plus, she has some extremely wise, tender observations about love, family, and friendships to share along the way.

BITTERSWEET by Miranda Beverly-Whittemore
This is one hot mess of an almost-great book. I picked up BITTERSWEET because it had gotten so much media attention that I couldn’t avoid it. As someone who loves a good Gothic read of any kind, I was really looking forward to this novel because it seemed to have everything I adore: a wealthy creepy family, a gorgeous lakeside setting, and a dumpy heroine looking for love in all the wrong places. I read it straight through in two days, so kudos to the author for keeping my interest. There are plenty of plot twists and enough sex to keep you turning pages. However, the writing is overwrought—a stylistic thing, perhaps—and, by the time I finished this book, I regretted the time spent on it. The plot twists are completely improbable (and yet predictable), one plot line is dropped completely, there were a lot of sluggish paragraphs, and the characters—without exception—were completely annoying. By the end of the book I was kind of hoping some giant sinkhole would swallow the entire family compound.

STILL LIFE WITH BREAD CRUMBS by Anna Quindlen
I’ve always liked Anna Quindlen for her heartfelt emotions, crisp writing, and the way she approaches topical issues (domestic violence, for instance) without seeming to hit you over the head with the themes. I wanted to love this book, since the themes and bones of the story are good—they deal with a woman artist who is sixty years old and believes her best years are behind her, only to discover, as she spends time alone in a cabin in the woods, that it is, indeed, possible to reinvent yourself—as well as the nature of art and how that defines you when you succeed (or fail). However, much of the writing and story felt underdeveloped to me, and the May-December romance with the hunky roofer just feels tacked on to keep female readers happy.

THE COLD SONG by Linn Ullmann
I’m a big fan of mystery novels for summer reads, especially those set in exotic places. This one, set in Norway, is ostensibly about the murder of a nanny, but its real focus is the family that employed her. Ullmann is extremely skilled at moving between multiple points of view—no easy task—and her descriptions are energetic and captivating at times. She also does a great job when writing about tension in a marriage, incompetent parenting, and writer’s block. However, most of the characters are people you’d cross the street to avoid, and the narrative momentum wavers and finally dies out completely. If you’re looking for a taut, fast-paced mystery, this book is definitely not for you.

WHITE HEAT by M.J. McGrath
Since we have a summer house in Canada, I’ve been searching high and low for great reads set in Canada. This is one of my favorites. WHITE HEAT takes place on Canada’s Ellesmere Island in the Arctic circle, and it’s the first novel in a series featuring hunter, tourist guide, and sometimes-detective Edie Kiglatuk, a half-Inuit woman. Here, Edie is drawn into solving a mystery revolving around the death of her stepson and two tourists. The book is rich with geological and cultural details that are almost as gripping as the mystery itself, such as when our heroine downs a bowl of seal blood, builds a snow cave for her husky, or stands still as lemmings race over her feet.