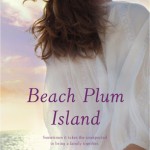 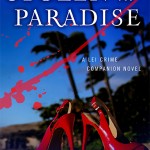 First of all, let’s define “pro:” for the purposes of this article, a pro is someone who earns his/her primary income from writing. My friend Toby Neal and I are pros, with multiple novels and credits of various kinds under our belts. In our chats about writing, we’ve discovered we each have a very different process for completing novels.

Many people make the mistake of assuming that indie authors like Toby, who pump out several books a year, are somehow ignoring the necessary revisions and editing to make “good” books. In fact, someone recently asked Toby, “You’re just fartin’ out books, aren’t you?”

As a traditionally-published novelist with Penguin, I publish only one novel a year. However, I also work full-time as a freelance ghost writer on celebrity memoirs and nonfiction books, often doing two or three of those a year as well, so I’m no wordsmith slouch. Still, I was amazed when I went on my first writing retreat with Toby and heard the sounds of explosions and gunfire coming from her desk. I mean, I knew she wrote crime novels, but I didn’t expect her laptop to actually be firing bullets.

It turns out that Toby is so determined to make her daily word count that she has installed an app that makes a ton of unpleasant noise if she stops typing for too long. It had never occurred to me to count words. I was intrigued. And so began a dialogue between us that continues to enrich both of our creative lives. Here, we share that dialogue, hoping it will help someone out there who is thinking about writing a novel—or who perhaps is in the middle of slogging through a manuscript and having doubts. Toby begins each section of this post by talking about certain aspects of her process, and then I chime in with my own approach.

The one thing she and I definitely agree on? Writing is a muscle, and it gets stronger and faster with use. The more we write, the more we CAN write—and figuring out a process that works is a big part of that.

1. Laying down the bones:

After ten books, I have a process for writing my police procedural mystery novels. I get an idea, do an outline (mysteries require one, unless you want to wander, myopically wasting time amid fingerprint powder and red herrings) and hammer through the whole outline with pauses only to read the day before’s writing to “get into the flow” of the narrative. I shoot for at least 1200 words a day, seven days a week. Barring disasters, I’m now able to complete a new draft in 2-3 months. Usually I run out of outline about 3/4 of the way through the book, and that’s when the twists, surprises and real killers are revealed—both to me and to readers. I thought it might surprise readers to find that, while I usually start out with an idea, I don’t usually know who actually dunnit or what the twist is going to be until I’m in that last forty or fifty pages.

Holly, I’ve noticed you have a three-part method to constructing your novels. Tell us about that.

It’s so funny that you say that—I was just realizing it myself. I think I typically divide each book into three parts because I somehow absorbed that traditional “three-part structure” of traditional fiction, where you have exposition in the first section of the novel (the part where you set up the characters and conflicts), rising action in the middle (the crisis gets bigger and the characters are in turmoil), and some kind of resolution at the end. I don’t write outlines the way you do, but I do write a synopsis, which is kind of like a screenwriter’s treatment describing the high points of the story. I go back over the first third of each manuscript several times until I’m happy with the characters’ voices and the setting. Then I move on to write (and rewrite) the middle section, and finally the third. Writing a novel takes me about nine months, with half of that time spent on the synopsis and the first third of the book.

2. Animating the work: with my process, the most important thing I have found with getting to “The End” is momentum. I try not to waste time nitpicking or obsessing. Doing NaNoWriMo repeatedly taught me that it was easier to steer a moving vehicle than one standing still, so when I’m tempted to over-research, obsess on a name or over-edit myself, I refuse to do it. I only get ONE pass each day of the previous day’s writing. By the time I’m in the homestretch, I’m DYING to load the rough draft onto my Kindle or print it out and read the whole thing, to see if it’s even hanging together—but I don’t let myself. I hold that out for myself as a “carrot” so I will finish.

How about you, Holly? With your method, how do you keep momentum going, or is it even an issue?

Hmmm. I’d say that you’re right about wanting to keep the momentum going, but only IF IT’S THERE. If the momentum isn’t there—if, for instance, I feel like a book is stalled, then it’s probably stalled for a good reason, i.e., maybe I’ve chosen the wrong point of view. I often find it helps to print the book out and read it aloud to someone. It’s often easier to “hear” what’s not working than to see it on the page. My trick for avoiding writer’s block is to leave off writing at some place where I know, with absolute certainty, what the next scene or piece of dialogue will be—that way I’m not too terrified to go back into the jungle. I do lots of research before writing a novel, then try not to use any of it unless it’s warranted in a certain scene. That way, I won’t be constantly weighing down the narrative with too many facts and interrupting the forward flow for the reader.

3. Adding and developing the “meat” of the novel via structural editing: I rely on my structural editor, Kristen Weber, to help me keep tension high and avoid sags and dangling clues in my manuscript, but she only sees the book when the whole first draft is done. Getting the book to her, to have a look at and tell me if it’s any good also serves as a “carrot.”

Since you work with a traditional publisher, there seems to be a different process with editing. Tell us about that.

I have a wonderful editor at Penguin, Tracy Bernstein, who is happy to look at my novels or talk through plot points at any stage of the writing process, though my contract calls only for meeting a certain delivery date for the entire manuscript. However, I love having her input, so I usually show her the novel when I’m about halfway through. I have a few other trusted readers as well.

4. Painting on the skin: I love this stage. I usually do two passes through my entire manuscript, tweaking, before I send it to the copy editor. I read aloud. I find tired similes and clichéd imagery, and think of original, new ones. I smooth every sentence as best I can so it flows. I discover yet again that everyone’s (Hawaiian) name begins with K and that I’ve alluded to real organizations in a potentially embarrassing way (I do write murder mysteries about contemporary Hawaii issues, after all!) I hunt for repetitive or overused words—every book seems to have a few pets I keep including (in my last novel, I had 27 occasions of “gazing” and in the one before, “squeezed” made way too many appearances) and I check for incidences of “said” and other modifiers. Only then do I send the manuscript to my copy editor.

What’s your process like in the end stages, Holly?

I do the same. I read through the entire manuscript at least twice, and sometimes more. (Bear in mind that this is after having read each third of the book several times as well, to make revisions as I go.) Then I give the completed manuscript to my editor, who will read through it and make her structural suggestions for deleting scenes that don’t work, beefing up certain characters, etc. After that, she does line editing for me, and once I’ve satisfied those edits, the manuscript gets passed on to a copy editor, who will send me additional fact-checking sorts of queries as well as grammar fixes. Thank God for copy editors: I have a horrible habit of screwing up chronologies and dates, and I’m always grateful when they find something like that!

5. After the copy edit, there’s one more wardrobe change. I think of this as dressing the body to go out in public. Inevitably, there are mistakes and inconsistencies I fail to see without my awesome copy editor, Penina Lopez. She even catches dangling clues—“What about that strange note on page 27? Nothing ever happened with that.” By this stage, I’m excited to fix these errors and ready for the new book to take to the stage, putting her best foot forward.

But we’re STILL not ready! I send the fixed, copyedited manuscript to my team of dedicated fans who have volunteered to be my Typo Hunters. These fabulous fans are like the hair and makeup artists. They ALWAYS find stuff, and usually different stuff from each other, which is why I have three or four of them! Only when I’ve fixed all the blots, blurts and dangling commas they find does my new book go off to the public to be read.

How is this with your process, Holly? Does the same editor proofread? Do you make those final corrections yourself or are they done for you?

6. Being a pro is all about practice and confidence. You’ve done a whole book before, hell, you’ve done a whole SERIES of books before! And now you know you can do it again. You still push yourself, take chances, write things you know your readers may not like—but you do it with panache, knowing if something doesn’t work, you’ll already be writing the next book and maybe that one will. What was so interesting in comparing our processes was finding out that the stages of indie and traditional publishing are more similar than different.

Building that body, dressing it up, and watching it go out and dance with the public—there’s no better feeling. 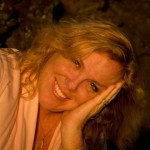 Toby Neal is the author of the bestselling Lei Crime Series mysteries. She grew up on the island of Kauai in Hawaii. After a few “stretches of exile” to pursue education, the islands have been home for the last fifteen years. Toby is a clinical social worker, a career that has informed the depth and complexity of the characters in her novels. Outside of work and writing, Toby volunteers and enjoys life in Hawaii through outdoor activities including beach walking, body boarding, scuba diving, photography and hiking. You can find her books and blogging at http://www.tobyneal.net/, follow her on Twitter @tobywneal, and connect with her on Facebook at LeiCrimeSeries.