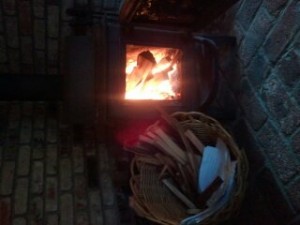 How do you know if your book is good enough to publish?

That’s probably the most unanswerable question in the universe, right up there with, “Why do humans walk the earth, when the planet would be a happier place with only bluebirds and rainbows?”

Yet, that is the most important question every writer must answer. And, if the answer is no, it might be time to trash the novel and start another one. How do you know when that time has come? Here are a few clues:

1.  You can’t face looking at it any more. If you don’t have the energy to keep revising the book, you can bet your readers won’t care one whit about the plot or the characters.

2.  Your agent has tried to sell it to every editor in his file and failed. While it’s true that many books get rejected multiple times, it’s also true that editors are not infinite in number. Your agent will eventually run out of names.

3.  If you’re intent on self-publishing, but your writer’s group, your best friend, and even your own mother can’t bring themselves to finish reading your masterpiece, it might be time to cut your losses.

If you do arrive at the dismal conclusion that your book deserves to be ditched, you might enjoy the ritual of burning it, as I did recently with my fourth or fifth manuscript-in-progress, a book my agent hadn’t been able to sell. As always, it was a cathartic, even liberating moment for me, watching those pages vanish, just as I’ve previously enjoyed the process of shredding manuscripts or, once, layering them in with leaves in my kitchen compost pile and then using them with manure in the garden. By now I’m old enough to know that every completed manuscript, whether published or not, is one more step upward on the slippery learning curve of being a writer.

However, a funny thing happened this time around: I was in love with one of my characters. Not in any weird Fifty Shades of Grey way, but as a writer. I was proud of having created this particular woman, an artist whose character was the moral center of that novel and who I had put a lot of time and effort into getting to know. For instance, because she was a potter, I had spent two years taking pottery lessons and had a set of mismatched cups to prove it.

As luck would have it, my editor had recently asked for a synopsis for my new novel, so this time, instead of burning the entire awful manuscript, I went through it first and pulled out pages I really loved—all having to do with that particular character—and set those pages aside. As I wrote my new novel, I wove her into it as one of the three main characters, and suddenly, in this new context, this character came alive in a way she never had before.

It was the best of both worlds: Years of work spent on a character in an exciting new plot line that gave me the energy to sell the editor on the synopsis idea. I finished writing the first draft of the novel in nine months, buoyed along on waves of my own enthusiasm.

The next time you’re thinking about trashing a manuscript, consider why you started the book in the first place. Yes, maybe there are too many missteps in the plot or the point of view is flat, but can you salvage what you love? Is there a setting you used that would work as a backdrop for another story line? Is there a character who would do better if she had a different setting or family?

It’s playtime now: Move your characters around, crush in some new dialogue, try a different story line and synopsis. Have fun with your creations. The looser and more energetic we can be with our first drafts, the more we’ll have to work with in our second and third and tenth revisions.

The trick is to not hate ourselves when our writing fails, but to learn from our attempts and grow more adept—and courageous—as writers. Eventually, our stories will sing on the page.