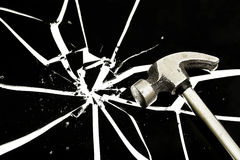 I was walking with my kids on the beach when my father-in-law leaned over the balcony to shout, “Your agent’s on the phone! He has a book deal!”

Was that my lucky break as a novelist? Not exactly. Remember Hillary Clinton’s concession speech after losing her presidential bid? She said that, although she hadn’t broken through the glass ceiling, “it’s got about 18 million cracks in it.” Crossing the threshold from unpublished to published author was a similar journey for me: I had to keep pounding on that door until, one crack at a time, it gave way. There was no one lucky break. It was more like a hundred of them.

You, too, can publish your work, if you’re willing to make your own lucky breaks as a writer: