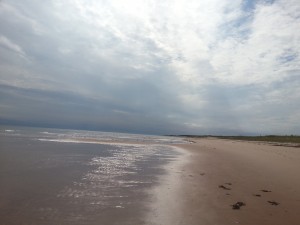 A few years after first discovering Prince Edward Island as a single mom with two young children, I invited my second husband, Dan, to see the island for the first time. I was beyond nervous. What if Dan saw this island and shrugged his shoulders? What if he couldn’t understand the magic I felt every time I went there?

I decided to play it safe. For starters, I got a sitter for our four young children and took Dan to Prince Edward Island for a long, romantic weekend alone in the Great George Hotel in Charlottetown. I’m a diner gal, but Dan is a foodie; I hoped to find meals that would satisfy his culinary quests.

I also avoided the ceilidhs. Children who grow up in the Canadian Maritimes pick up fiddles as soon as they can walk, which means Prince Edward Island produces world-renowned fiddlers like Richard Wood. If you haven’t seen him, just picture Mick Jagger of the Rolling Stones with a fiddle, and you’ve pretty much got the idea, tight jeans and long hair and all. I happen to love Celtic music, but Dan literally winces and plugs his ears at the first faint sounds of fiddling. (Hey. Nobody said marriage was perfect.)

To my delight, Dan fell in love with the artsy pulse of Charlottetown, and he loved exploring the coastal roads, red beaches and rolling hills of the island as much as I did. On one of our trips, we discovered the Shipwright’s Cafe in Margate, where the chefs rely on locally grown produce to cook innovative meals. Dan was equally happy with my favorite Charlottetown fish and chips place, Brits, where dinner is served on newspapers in baskets and the beer is always fresh. More importantly, the island worked its magical spell on my high-energy techie husband, causing him to relax. 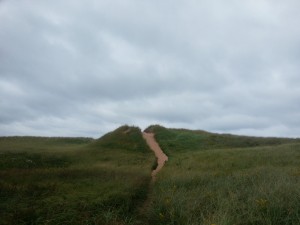 And so began our life as a family on Prince Edward Island. We had four children when we married—a boy and girl from each side—and added a child of our own a year later. Not long after your youngest son was born, we decided to buy a Victorian cottage in Hamilton, a tiny town outside of Summerside. The cottage cost less than most people pay to buy a new car in this country, and it was easy to rent out the cottage when we weren’t using it, given its location close to the Anne of Green Gables attractions in Cavendish.

There were just two small problems with the place: my favorite times to be on PEI are spring and fall, and our cottage had no insulation and hardly any heat. In addition, our kids craved outings to Basin Head, a beach at the eastern end of the island and nearly a two-hour drive from our cottage in central PEI. 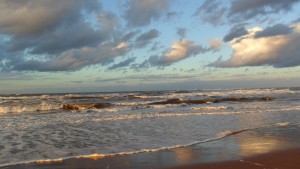 One August, about four years after buying the cottage, our family stayed at a friend’s house near Souris because our cottage was being rented that particular week and it was the only week we could all make the vacation work. The last day of that vacation, it was pouring rain and the kids wanted to sleep late. Dan and I decided to take some rare time alone and drove to the easternmost end of the island.

One of our stops was the East Point Lighthouse, where the Gulf of Saint Lawrence crashes into the Northumberland Strait. On a clear day, you can see the outline of Cape Breton from there.

This wasn’t one of those clear days. The water was pewter-colored and rough and the fog was coming in, so it was difficult to discern where the sea ended and the sky began. We were completely alone except for the seals bobbing in the roughest water where the tides meet. 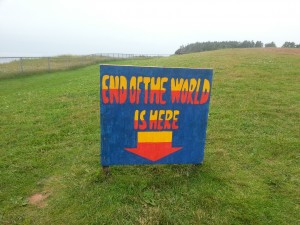 Someone had posted a sign here declaring this spot of land to be “End of the World is Here.” Standing there, it was easy to believe it was true. Dan and I held hands in the light rain, facing out to sea, letting the wind tug at our clothing. Later, though I didn’t know it then, this particular setting would provide inspiration in my newest novel, Chance Harbor.

Afterward, we drove away and I turned down a road we’d never been on before, so we could drive back to my friend’s house along a different route. About a mile down on the left was a “for sale” sign on the lawn in front of a late 19th-century house. The house, with its simple lines and steeply-pitched roof, and its trio of weathered barns, could have been the little sister of the farmhouse where author Lucy Maud Montgomery had set Anne of Green Gables. It was surrounded by flowering potato fields and completely abandoned. Down below the house, I could see sheep grazing in a field and a man on a red tractor. 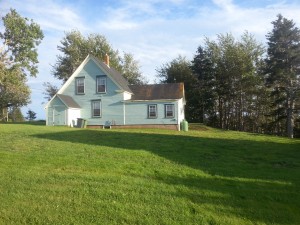 “This is our house,” I declared, pulling into the driveway. “It’s the one we’ve been looking for.”

“What? You’re insane,” Dan said, but he got out of the car and walked around the house with me, inspecting it from every angle. “Roof needs work,” he said. Then, seeing me on my phone, “Wait, who are you calling?”

“A cottage,” I corrected, and then said hello when the realtor answered.

The realtor was busy with his family, he said, and apologized. He couldn’t show us the house and didn’t know anyone else who might be willing to trek out to the eastern end of the island on short notice, either.

“Are you sure?” I asked. “The thing is, we’re leaving early tomorrow.”

I felt desperate. What if we lost the house?

We didn’t. Within a week, we had made an offer over the phone, without ever having stepped foot inside it. Would the house be a disaster? Would we like it as much on the inside as we did on the outside?

We’d have to come back in October for the home inspection. Meanwhile, all we could do was hope we’d made the right move. (To be continued.) 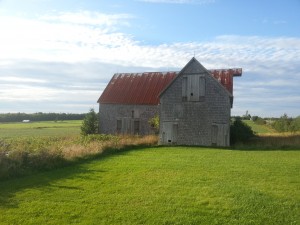