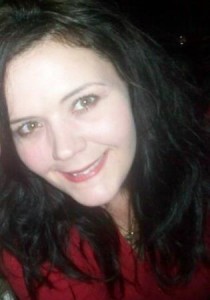 M.L. Gardner is a role model for any busy working mom who fantasizes about writing novels–a LOT of novels– between caring for kids and cats.  Here are her fabulous tips on writing–and the story behind her popular 1929 series.  Enjoy!

Q.  You’ve written several books around the 1929 time period, starting with Jonathan’s Cross.  How and why did you first become interested in setting novels in that particular era?

I have always been interested in the era for as long as I can remember. It has always appealed to me from the food to the fashion, the music to the manners. Ironically, it was the only era in which I didn’t have a waiting story in my head. One day in 2008 I watched our own modern market crash 777 points. I knew this was really bad news and having independently studied the market crash of 29, things were looking really familiar. To make a long story short, later that day I saw an interview with Clive Owen on tv and shortly after that heard the song, “Moment of Surrender” by U2. Somehow these three things collided into a plot and I could see a man on his knees, totally devastated. The story began to swirl and take shape almost faster than I could get it down. It was so powerful in fact that it forced me out of a twenty- year abstinence from writing. I wrote a (hopefully) humorous blog post about that here.

Q.  How much background research do you typically do for one of your novels?  And how do you keep the plot at the forefront, without weighing down the novels with period details?

Luckily, I already had a lot of that knowledge just by personal interest. However, I did find that I had to look a few things up to see if they were available in that era. In the first release of 1929 I had garbage bags lining the streets of the slums of New York. Only those weren’t available yet! So, of course I revised that. Showers in the tenements were another thing that were rare to never. In my research I found that very occasionally a pipefitter who lived there might retrofit the bathtub into a shower. I did revise the manuscript to omit all shower references except the one with Caleb and Arianna. The muse (Lisa) demanded that one stay in. So it did.

As far as other period details, I tried to include casual references in dialog or description that set the scene while not distracting from it:  the buckles on Ava’s shoes, claw foot bathtubs, straight razors, using condensed milk as baby formula. That kind of thing.

Q.  Like me, you grew up with a father in the Navy.   How did moving from place to place as a child inform the themes you tackle in your books today?

I’ve never thought about that consciousl,y but looking back over a childhood of moving nearly every year,I think I really wish that I had grown up with one set of friends like Jonathan, Aryl and Caleb. Even the wives became close despite their differences over the years and they all became a very tightly knit group. I’ve never really experienced that, and perhaps that’s why I enjoy spending so much time with my characters.

Q.  You often ask people you interview on your own web site to describe a “typical day.”  Now it’s your turn:  tell us how you get so much writing done!

It’s funny, because I really don’t feel like I do! I have tried setting daily word goals, scene completion goals, you name it, I’ve tried it. Nothing works consistently. What it comes down to in the end is my compulsive nature. On a day when the characters are talking and ideas are swirling I won’t do much else but write, sometimes not even getting dressed until after noon. I’m just absorbed and productive. My husband says it’s almost like I’m not even here in reality with everyone else. A running joke around here is when the house is destroyed and fast food boxes are everywhere, mom must be working. That will last for a week or two. Then, as if I’ve completely run out of steam I’ll stop writing for a bit and do other things, clean my neglected house, brush my cats, canning, pre-cook dinners for the next writing binge, crochet, catch up on reading, jump on Facebook and let people know I’m alive, or my alternate passion, woodworking. After a few days to a week of that, the voices will start again and I dive back in until I run out of gas. And round and round it goes.

Q.  What do you think are the best social media tools for marketing your work to readers?

For me the best tool seems to be Facebook.  However, the best practice is to be involved with my readers’ lives. Any social media platform is useless if you don’t engage readers on a personal level.

Q.  Give us a peek at your desk.  What do you see from your chair?  (I’m imagining lots of cats here.)  Do you have any special foods or drinks that keep your butt in the chair as you write?  How about music?

Yes, there is a cat. He is staring at me. Judging. There’s a printer, dictionary and thesaurus, wicker baskets full of random junk, my stack of idea notebooks and a five point candelabra with candles I’ve never lit. I’m staring at cream colored curtains I made myself because I like doing stuff like that. I drink too much caffeine when I write (my editor really loves it when I’m all hopped up on coffee and speed typing.) I eat a lot of cheese and will accept it in any form I can get it in. Cheddar, Cheetos, Cheese Its, stick, block, wheel or slice.

Music while writing is a must. I make soundtracks for each book and always have my headphones in.

Q.  Tell us about your work-in-progress.

I frequently work on more than one book at a time, and right now I am working on Purgatory Cove and 1931 Caleb’s Err.

Purgatory Cove is an interesting novella that takes the moment when Elizabeth shatters into a third personality and expands it out. I get to go inside her head and play that out and show readers how that happens. It also provides quite a bit of backstory about Elizabeth in the process. It is by far the darkest writing I have ever done but also tremendous fun.

1931 is the sixth book in the series and the last book in which readers will be able to spend any appreciable time with the cast of 1929. There will be Simon’s Watch, the seventh book and the official end of the series. The most anticipated based on reader feedback is 1931.

Q.  If you could list three unbreakable rules for indie writers, what would they be?

Do not read reviews. Ever. It’s tempting to look for that validation but don’t. What other people think of you is none of your business. I read all my reviews up until the 52nd one with 1929. Every one was an emotional roller coaster and a major distraction from writing.

Edit, Edit, Edit. And then edit some more. Lisa and I alternate doing two edits each before it goes off for professional editing. Twice. And guess what? There are still things that get past all of us. Now sometimes reviews can provide clues to those editing issues especially if your new and broke and can’t afford a professional editor. But reading reviews conflicts with rule #1 so I ask a friend to watch the reviews, just do a weekly scan and let me know if there’s anything specific i need to give some attention to.

Don’t post your book on other’s walls (uninvited) as a sales tactic. I have never known this to work.. Don’t be that Indie jumping up and down screaming “Buy my book!” Be graceful. Be generous. Be tactful. Another pet peeve I have is posting the reviews you shouldn’t read on social media. I don’t know why, it just bothers me. It seems unprofessional.

I know you asked for three, but I have a fourth. Know yourself well enough to know where you need to improve. Me? I have a very, inappropriate relationship with, commas. Actually, that’s not the fourth. (But it is the truth.) The fourth is never stop having fun. The moment if feels like work take a step back and figure out what changed. Then change it back. Because this is honestly the best job in the world and every day should be a blast.