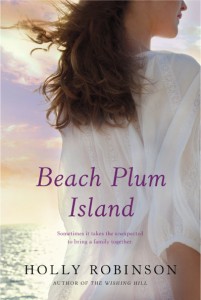 My friend Susan Straight and I have been swapping manuscripts-in-progress since graduating from the MFA program at the University of Massachusetts, Amherst over two decades ago. Since then, she has published nine books and earned buckets of prestigious literary awards. I’ve been dogging her since grad school and am only now starting to keep pace. My fourth book, BEACH PLUM ISLAND, is about to be released by NAL/Penguin and I have a contract for two more. I’ve also written half a dozen novels that never saw the light of day. If you’re keeping track, that’s a wheelbarrow full of books between us.
But you know what? We both agree that writing fiction doesn’t get easier with time, and only a few things stay the same from book to book:

1. Wherever You Start Your Novel Probably Isn’t the Beginning
Even if you’re following a synopsis or an outline, the place you start your novel probably isn’t—and shouldn’t be—the true beginning of the book. You’re going to write a lot of exposition and flashbacks, especially in the first few chapters, because you have to know the back story even if you’re not sharing that with readers. After you’ve written half the book, you can move things around, ditch certain sections, and start the narrative in the place most likely to hook a reader.

2. The First Half of a Book Takes Twice as Long to Write
Thinking of a plot is only a small part of what you need to do to write a novel. You also need to work out point of view, voice, setting, imagery, pacing, etc. There will be a lot of stopping and starting in the beginning as you figure those things out. Some writers draft half a novel in first person to get to really know their characters, then find that’s too limiting and swap back to third person. Others write all of the dialogue first, to really “hear” the voices in their heads, before inserting any description. Whatever your process, expect it to feel clunky.

3. When You’re Nearly Done, You Will Believe Your Book Can’t Work
Another good friend of mine, Maddie Dawson, whose wonderful new novel, THE OPPOSITE OF MAYBE, will be released about the same time as BEACH PLUM ISLAND, has helped me relax as I’m finishing a book. “There’s always that point when you’re about two-thirds of the way through where you really think you can’t pull everything together,” she says. “It happens every time, doesn’t it?”
It does, it does. And all you can do is have enough faith in the process—and in yourself—to keep going.

4. The Magic is in the Revision
You can’t really write a novel until you’ve finished a rough draft. That first draft (no matter how many stop-start drafts it took you to get to the end, still count it as your first) will be terrible. Oh, sure, there will be moments of brilliance, but it will be a sticky, thorny, muddy mess. You will have to go back in there with your bee keeper’s suit and hip waders and maybe even a backhoe to get that thing cleaned up and find the sparkle.

5. When You’re about to Publish Your Novel, You Will Panic
“You must be so excited to be getting close to launch day!” a friend said recently.
Um, no. I am not excited. I am panicked, the way I panicked when I left my youngest child off for kindergarten and wondered whether 1) he would survive without me and 2) whether I would survive without any kids left in the house to keep me company. Oh, yes, I look forward to meeting readers and talking to people about my book, but in the meantime, there’s a small voice in my head asking, “Come on. Who will read it, really? Nobody asked you to write this book! It’ll probably sink like a stone!”

6. The Only Cure for Publishing a Novel is to Write Another One
Writers write. We do it because we love it, not because we imagine carrying home grocery sacks stuffed with dollars because we’ve published a novel (certainly not these days). We don’t really want to keep Googling ourselves to see if we’ve been reviewed or, God help us, to discover we’ve gained another thousand points or whatever those things are on Amazon. We are happiest when we’re in our native environments, scribbling in journals or tapping out love stories and action scenes and terrifying near-death experiences on our keyboards. Writing is the only cure for publishing a novel. The sooner we get back to it, the better.