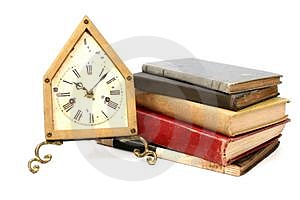 As a fiction writer, I’m normally reluctant to review other people’s novels. I know how hard the whole process of getting published is, from confronting that first blank page through editing, publication, and marketing. So basically I want to pop a bottle of fizzy for ANY writer who makes it to the finish line. But if you’re buying books as gifts or getaways for yourself and need ideas, here are 5 quickie reviews to inspire you:

News of the World, by Paulette Jiles

By far the best book I’ve read this past year, News of the World is, on the surface, a simple adventure story along the lines of True Grit: a cranky ex-Civil War soldier is charged with bringing a young orphan girl from Witchita Falls to San Antonio after the girl has spent most of her young life as a captive of Native Americans. The journey is rife with all sorts of juicy difficulties, from bandits to suspicious townspeople in the places they stop. But what I loved most about this book, besides the beautifully understated writing that somehow amplifies the action, was the relationship that developed between the reluctant captive and Captain Kidd. I won’t lie: I cried buckets at the end of this book. People who love adventure stories, gorgeous writing, and historical fiction will be fans.

Bring Her Home, by David Bell

David Bell is clearly inspired by Harlan Coben, that juggernaut of a thriller-maker. Like Coben, Bell writes about everyday characters caught up in situations beyond their control who generally make things worse by getting involved where they shouldn’t. (It’s the adult version of those horror movies where you scream at the kids, “Don’t go down in the basement alone, for Pete’s sake. What are you, an idiot?”) In this case, Bell’s hero is Bill Price, whose wife died of a fall a year before. When the book opens, Price’s teen daughter has gone missing and everyone is searching for her. Naturally, dark secrets emerge about what the girl might—or might not—have been doing, and about Price’s own marriage. The problem I have with this particular book is that the coincidences mount up until again you’re yelling, “Oh, come on!” and the main characters themselves are downright thick in the head. I mean, really, we’re supposed to believe that Bell doesn’t recognize the girl in the hospital? (I won’t say more to avoid spoiling the plot.). However, there is a certain propulsive energy to Bell’s writing—he has that Dan Brown knack for creating deliberate cliff-hanger endings to chapters–that kept me turning the pages. This is a perfect gift for people who like to read in bathtubs, on airplanes, or on the beach: not too taxing, but pretty entertaining.

The writing in this novel absolutely sings. The images are creative, the characters are unique, and the Los Angeles setting is very Raymond Chandler-noirish. The plot, too, is arresting: a young artist, S, is hired as a nanny for a woman in the Hollywood Hills named Lady Daniels. There are, of course, secrets in the pasts of both women, and those emerge as the women become entwined in various creepy ass ways, especially after S becomes involved with Lady S’s older (and mute) teenage son. Some readers might take exception to the fact that all of the characters in this novel are, to some degree, unlikable and self-absorbed. This didn’t bother me. I love a good flawed character. But give this book only to people who are ready to read about characters who are probably far out of their comfort zones.

The Birdwatcher, by William Shaw

Okay, I won’t lie: this book has a few flaws, but I absolutely adored it, simply because I am a huge fan of those British mystery series set in foggy coastal places, like Hinterland and Shetland. In this novel, the main character, William South, is a detective and avid birder. When one of his neighbors is knocked off, it turns out that South has some connections to that guy from his past—and those connections might tie South to a crime he may or may not have committed as a troubled youth. The mystery is finely paced by British standards, which means it is not that rip-roaring pace we’re used to in American mysteries, but the character development is so much deeper that your patience will be well rewarded. This book is perfect for people on your list who love mystery novels with lots of atmosphere.

If you have women on your gift list who are fans of Elin Hilderbrand, they’re going to love Meg Mitchell Moore. In The Captain’s Daughter, Moore has written a lovely, and emotional story of Eliza, who grows up in a small town in Maine, the daughter of a lobsterman, who ends up making it into an Ivy League college and marrying well enough to be living the posh country club life. When her father falls ill, she travels back to Maine to take care of him and figure out how she got to where she is at this moment in life, as a mother and wife whose marriage is suffering. This may sound like a typical women’s fiction plot, but Moore is a gifted writer whose characters always surprise you. She even has a soft spot for the usual rich bitches that populate novels like these, and nobody writes better about parenting. If you don’t want to spring for a hardcover, buy that person on your list one of Moore’s other novels, now in paperback—I loved The Arrivals and The Admissions. All of her novels have that same exquisite writing, generously optimistic spirit, and spots of high humor that make you feel like maybe the world isn’t going to hell after all.